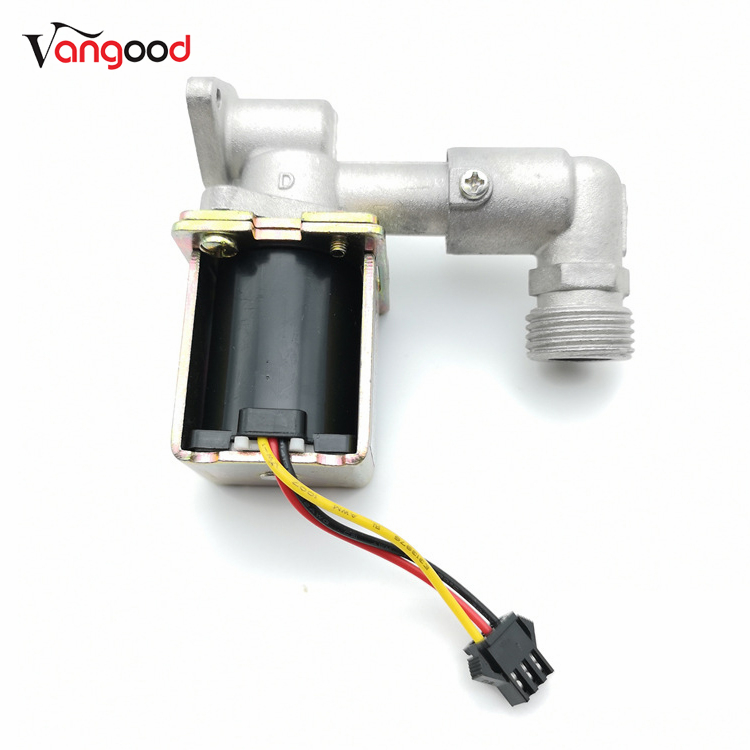 
Send email to us

The gas solenoid valve is an actuator that is suitable for city gas, liquefied petroleum gas, natural gas and other gas to perform two-position on-off switching for heating and combustion medium pipelines, and for automatic temperature control.

The solenoid valve for the gas cooker includes the valve cover, the valve disc, the magnetic core in the valve, the coil in the magnetic core and the horizontal bar on the magnetic core. The horizontal bar of the magnetic core is fixedly connected with the reed, and the spring is installed in the middle of the reed. As a fulcrum, the spring is fixed on a bracket, one end of the reed is equipped with a glue nozzle, the valve disc is provided with an air outlet, and the gas nozzle of the outlet is opposite to the glue nozzle on the reed to form an airway switch structure. The solenoid valve relies on electromagnetic force to attract and close, the starting current is very small, the work is stable and reliable, and the structure is simple.

The biggest advantage of the gas stove solenoid valve is that it can automatically shut off the gas when there is no fire burning to prevent gas poisoning.

At present, there are two types of solenoid valves for gas stoves, one is thermocouple solenoid valve, and the other is ion flameout solenoid valve. We can distinguish it according to the type of flameout protection. Generally, the thermocouple is on the right side of the knob valve. , Ionic, generally near the elbow of the trachea. One is directly installed on the side of the gas inlet pipe to control the air intake of the two burners, and the other is installed at the air inlet of each burner.

Write your message here and send it to us